Items related to The Ufa Story: A History of Germany's Greatest... 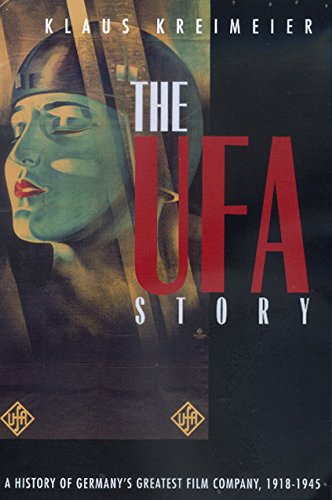 Universum-Film AG—best known by its signature logo, Ufa—was once the largest film company in Europe. Founded by the German High Command as a propaganda medium during World War I and always central to Germany's nationalistic big-business interests, Ufa was also home to the most innovative talents of the Weimar Republic. Fritz Lang, Marlene Dietrich, Emil Jannings, and Ernst Lubitsch were Ufa stars; Metropolis, The Blue Angel, and Dr. Mabuse were only a few of its finest works. From its dazzling theaters to its state-of-the-art studios and processing labs, from its comprehensive multimedia publicity campaigns to its avant-garde art films, Ufa challenged Hollywood for cultural dominance and market share in Jazz Age Europe. But the story grows darker after the simultaneous advent of sound films and National Socialism. The story of Ufa under Hitler, when technically suberb films continued to be made, is the story of the corruption and destruction of this vital company by the state that brought it into existence.

This account of the first great European film studio, which came under the domination of the Nazis as World War II approached, should find a readership beyond students of movie history. From the Berlin soundstages of Universum-Film AG emerged classics such as "Metropolis" and "The Blue Angel" and Hollywood luminaries such as Marlene Dietrich and Billy Wilder. German journalist Klaus Kreimeier crafts a chilling drama of a hotbed of artistic expression gradually perverted by the Nazis into a fascist propaganda factory.

Klaus Kreimeier was cultural editor for Der Spiegel and has taught at the German Film and Television Academy. A freelance journalist, he lives in Berlin.