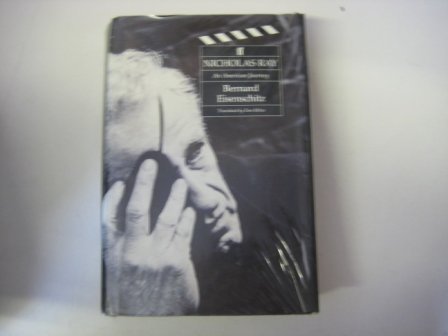 Nicholas Ray was one of American's most distinctive film directors. Works like They Live by Night, In a Lonely Place, Johnny Guitar and Bigger Than Life reveal the physic ills of the 1950s more than any other films of that period. Ray's brooding pessimism and rebellious individualism reached their peak in most famous film, Rebel without a Cause.
Originally published in France, this award-winning biography definitively captures one of cinema's greatest talents, and tells the story in such a way that Ray's life parallels the crises, upheavals and triumphs in American society in the twentieth century.

Bernard Eisenschitz is a film historian, translator, program curator, etc. living in Paris. He is the author and editor of books about German, Soviet, and American cinema. From 2001 to 2007, he edited the magazine Cinéma. His book Fritz Lang au travail is scheduled for publication next fall.

Tom Milne was a British film critic and the founding editor of Time Out Film Guide.

"A monumental job of research (even the footnotes are irresistible reading)." —Washington Post

"Spells out the extraordinary and tumultuous life of a man who found his fullest expression in filmmaking, yet never fully resolved his battles with himself and with the world he lived in." —Film Comment