Items related to The Kingdom of Leon-Castilla Under King Alfonso 6,... 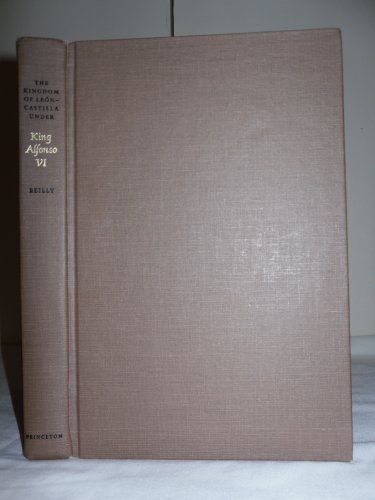 This volume, the first critical history of the reign of Alfonso VI, reveals his influence to have been comparable to that of the other great rulers of the eleventh century--William the Conqueror, Robert Guiscard, and the Emperor Henry IV of Germany. The author has drawn together all the scattered official documents of this monarch to construct a reliable record of his conquests, his government, and his relations with both Cluny and Rome in the last third of the eleventh century and the first decade of the twelfth. In addition, he has used the accounts of the medieval Spanish chroniclers, the Arab historians, and the burgeoning special studies of modern Spanish medievalists to round out his account of a man who ruled a kingdom larger than that of England and who set the main lines of political development that eventually produced modern Spain and Portugal.

What results is the first scholarly account of the greatest Christian kingdom of Northern Spain at the critical period in its formation. Historians of the Spanish Reconquista, of the medieval church, and of institutional and social life will find it an invaluable commentary on the development of those phenomena during a peculiarly fertile reign, while the citations of thousands of royal and private documents will furnish a guide without parallel to more specialized studies in those areas.