Items related to The Origins of Beowulf: and the Pre-Viking Kingdom...

Newton, Sam The Origins of Beowulf: and the Pre-Viking Kingdom of East Anglia

The Origins of Beowulf: and the Pre-Viking Kingdom of East Anglia 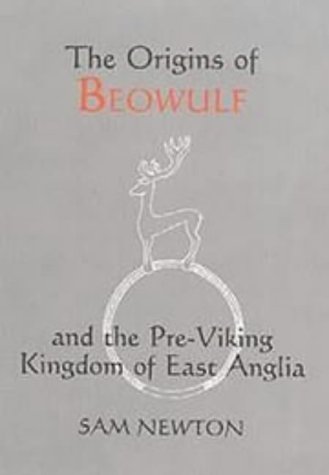 SAM NEWTON was awarded his Ph.D. for work on Beowulf.

Cogent and fascinating attempt to place the composition of Beowulf in an eighth-century East Anglian context, through a careful survey of an impressive array of supporting palaeographical, genealogical, archaeological, and literary-historical evidence... An important book, and deserves serious attention... Dr Newton has now shifted the burden of proof onto those who would detract from his thesis. In such a deeply-entrenched field as modern Beowulf-studies, this is of itself a considerable achievement. ANDREW ORCHARD, DEPT OF ANGLO-SAXON, UNIVERSITY OF CAMBRIDGEA useful survey of work on the manuscript, language, metrics, archaeology (Especially East Anglian ship burials), and, in particular, the connections of Anglo-Saxon royal genealogies with named figures in the poem... an informed and well-balanced study of the state of the argument. EARLY MEDIEVAL EUROPEA thoroughly plausible scenario for the poet's interest in affairs long ago and far away. TIMES LITERARY SUPPLEMENT (Tom Shippey)This up-to-date and shrewd book must be regarded as a major contribution in its field. ANTIQUARIES JOURNAL (Rupert Bruce-Mitford)

1. THE ORIGINS OF BEOWULF AND THE PRE-VIKING KINGDOM OF EAST ANGLIA.

2. THE ORIGINS OF BEOWULF AND THE PRE-VIKING KINGDOM OF EAST ANGLIA.