Items related to Ham on Rye 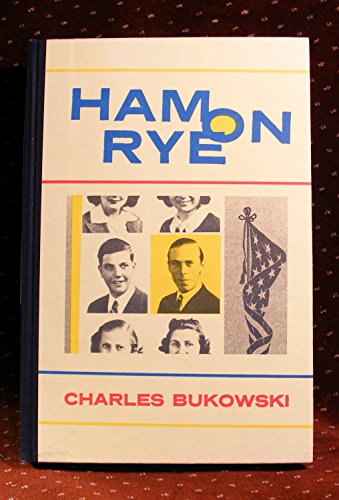 A down-and-out writer recalls his childhood, schooling, and the years leading up to World War II

Charles Bukowski is one of America's best-known contemporary writers of poetry and prose, and, many would claim, its most influential and imitated poet. He was born in Andernach, Germany, and raised in Los Angeles, where he lived for fifty years. He published his first story in 1944, when he was twenty-four, and began writing poetry at the age of thirty-five. He died in San Pedro, California, on March 9, 1994, at the age of seventy-three, shortly after completing his last novel, Pulp.

'Very funny, very sad, and despite its self-congratulatory tone, honest in most of the right places. In many ways, Bukowski may have been the perfect writer to describe post-war southern California - a land of wide, flat spaces with nothing worth seeing, so you might as well vanish into yourself. In an age of conformity, Bukowski wrote about the people nobody wanted to be: the ugly, the selfish, the lonely, the mad.' --The Observer