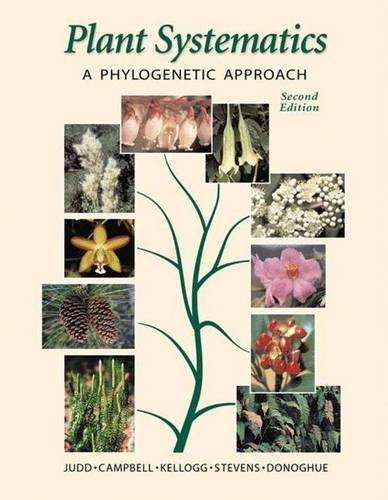 Plant Systematics: A Phylogenetic Approach, Second Edition is an introductory text that incorporates phylogenetic principles and methods throughout—from the careful explanation of phylogenetic methods and principles in the initial two chapters to the taxonomic survey of vascular plant families in the last two chapters.

Orders and families are recircumscribed to represent monophyletic groups, largely following the most recent classification of the Angiosperm Phylogeny Group. The sources of taxonomic evidence are discussed, including morphology, anatomy, embryology, chromosomes, palynology, secondary plant compounds, proteins, and DNA. Molecular taxonomic methods are fully presented, and throughout the book reference is made to the results of recent studies, both molecular and morphological. A chapter on the history of plant classification puts current systematic methods in a historical context. Issues relating to variation in plant populations and species, including discussion of speciation, species concepts, polyploidy, hybridization, breeding systems, and introgression are carefully considered. Botanical nomenclature and field and herbarium methods are discussed in two appendices. New to the Second Edition are a chapter presenting an overview of the phylogeny of the green plants (with an emphasis on the vascular plants), a detailed glossary of botanical and biological terms, and coverage of 16 additional families of vascular plants. All chapters have been thoroughly updated, taking into account recent taxonomic methods and hypotheses.

The text is copiously illustrated, using in large part the informative analytical drawings developed as part of the Generic Flora of the Southeastern United States project. The text is accompanied by a much expanded CD-ROM, containing over 2,200 color photos illustrating the diagnostic characters of (and variability within) the vascular plant families covered in the text, including many images showing floral and fruit dissections.

" ... There is much to laud in this work." -- Mark Fishbein, The Quarterly Review of Biology