Items related to To Test the Limits of Our Endurance

Shlomo Giora Shoham To Test the Limits of Our Endurance

To Test the Limits of Our Endurance 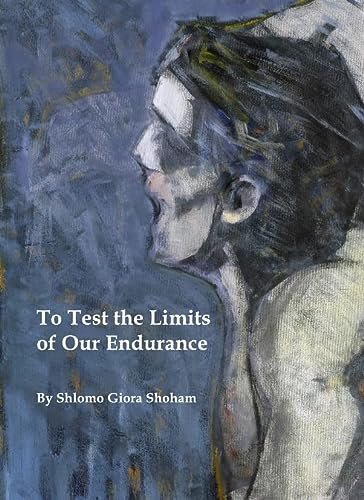 A new approach to culture and cultural patterns is elucidated through relating a theory of personality and social characters to the genesis of myths and religions. Cultures are classified along a continuum and their relationship to a given personality structure is based on the assumptions that cultures possess generalized traits, and that these traits relate to characters of individuals. Cultures, like man, pass through the age phases of childhood, youth, manhood, culminating in old age. It is the cultural goals and the means to achieve them that become the culture pattern. What are these cultural goals? How do we achieve them? Every society and culture has its own indigenous mythology. Myths move in time from sacred myths recorded before history to modern myths, like master detectives Sherlock Holmes and Hercule Poirot, or the master spy, John Le Carre's Smiley, or even Superman, who realizes the dreams of omnipotence among the downtrodden, henpecked inhabitants of Metropolis. Thus myths provide meaning and motivation for human behavior.

Shlomo Giora Shoham, Professor of Law and Senior Lecturer on the staff of the Zefat Academic College, is a world-renowned criminologist, who has published more than a hundred books and some thousand articles on crime, deviance, philosophy, religion, psychology, and the human personality. Over the years, he has developed his innovative personality theory, a highly appraised new theory of personality development. In 2003, Professor Shoham was awarded the Israel Prize for Research in Criminology. Previously, he was awarded the Sellin-Glueck Award, the highest prize in American criminology, and recently the prestigious Emet Prize. He is the recipient of a decoration from the Prime Minister of France. Professor Shoham has lectured all over the world, and has been a resident at the universities of Oxford, Harvard, and the Sorbonne.

1. To Test the Limits of Our Endurance