Items related to Emerson Fittipaldi Heart of a Racer

Emerson Fittipaldi Heart of a Racer 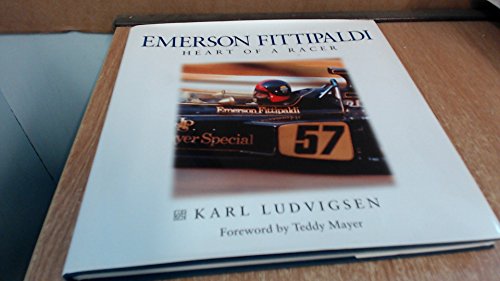 Emerson Fittipaldi, in 1972 crowned the youngest-ever World Champion at the age of 25, won the title again two years later to prove that he was one of the most outstanding talents of his generation. He and his brother Wilson realized their dream of creating the first Brazilian Grand Prix car. After a brief retirement, the bold Brazilian forged a second magnificent career in IndyCar racing, in which he scored wins in ten consecutive seasons. In this latest addition to his well-received driver biography series, Karl Ludvigsen - Emerson's friend since the 1960s - tells the whole enthralling story.

Karl Ludvigsen has a distinguished record of accomplishment at senior levels throughout the worldwide motor industry. He has received wide recognition for his work as an editor, journalist, historian and author. Not only has he been employed at senior levels with Ford of Europe, Fiat North America, and General Motors, but he has also been involved in editorial roles with Motor Trend magazine, Auto Age, and Sports Car Illustrated and Car and Driver. Ludvigsen is in demand from the press of North America and Europe as a source of information on industry trends, and he is a frequent speaker at conferences. Currently, Ludvigsen acts as Chairman of Ludvigsen Associates Limited (a consulting company), Managing Director of Euromotor Reports Limited and Director of Ludvigsen Library Limited.

Emerson Fittipaldi was crowned the youngest-ever World Champion in 1972 and created the first Brazilian Grand Prix car. This book tells the whole enthralling story of Emerson's career in motorsport.