Items related to The Day the Country Died: A History of Anarcho Punk... 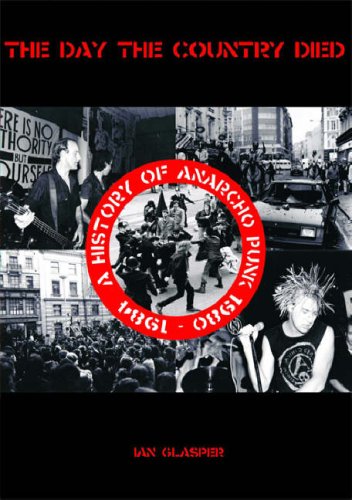 If the bands in Burning Britain were loud, political, and uncompromising, those examined in Ian Glasper's new book were even more so. With Crass and Poison Girls opening the floodgates, the arrival of bands like Zoundz, Flux of Pink Indians, Conflict, Subhumans, Dirt, The Mob, Omega Tribe, and Icons of Filth heralded a new age of honesty and integrity in the 1980s underground music scene. It was a time when punk stopped being merely a radical fashion statement, and became a force for real social change. Anarchy in punk rock no longer meant "cash from chaos"—it meant "freedom, peace, and unity." Comprehensively covering all the groups and names, big and small,  The Day the Country Died also features exclusive interviews and hundreds of never-before-published photos.