Items related to Chandragupta Maurya and His Times

Chandragupta Maurya and His Times 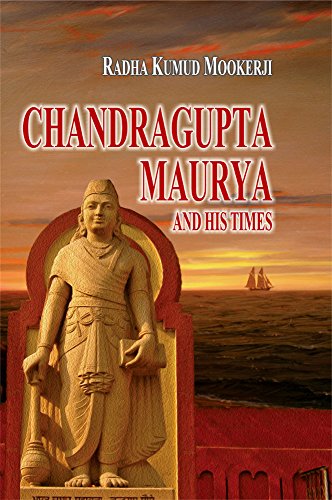 This is a comprehensive work dealing with the life and times of India`s first historical emperor, and a picture of the civilization of India in the early period of the fourth century BC. The author while enlightening on the origin and early life, conquests and chronology, administration, ideals, divisions, presents the reader in the court of first historical emperor of India, duly attended by his popular ministers and officers and acquaints the student with the rules of service and administrative departments. Land system and rural administration is surveyed along with the municipal administration of the times. Justice personified in the King appears before us along with the huge divisions of the army to maintain it. Social and economic conditions have been so elaborately discussed as to cause surprise and curiosity. As a matter of fact the author takes the reader back to the golden times as if by magic. To render the matter easily accessible to the reader an Index of subjects, an Index of Technical Terms, three Appendices and a plate of typical Mauryan coins, have also been added. This work is meant to fill up a gap in the knowledge of Ancient India.