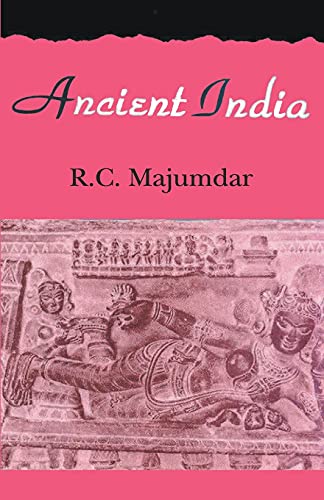 This is a comprehensive, intelligible and interesting portrait of Ancient Indian History and Civilization from a national historical point of view. The work is divided into three broad divisions of the natural course of cultural development in Ancient India: (1) From the prehistoric age to 600 B.C., (2) From 600 B.C. to 300 A.D., (3) From 300 A.D. to 1200 A.D.

The work describes the political, economic, religious and cultural conditions of the country, the expansionist activities, the colonisation schemes of her rulers in the Far East. Political theories and administrative organizations are also discussed but more stress has been laid on the religious, literary and cultural aspects of Ancient India.

The book is of a more advanced type. It would meet the needs not only of general readers but also of earnest students who require a thorough grasp of the essential facts and features before taking up specialized study in any branch of the subject. It would also fulfil requirements of the candidates for competitive examinations in which Ancient Indian History and culture is a prescribed subject.

Ramesh Chandra Majumdar ( 1888-1980) was an Indian historian of great repute. . He is sometimes called the dean of Indian historians for his colossal contribution to the study of Indian history. Born at Khandapara, in Faridpur District( now in Bangladesh) he did his B.A. from Presidency College, Calcutta in 1909 and M.A. from Calcutta University in 1911. He got his doctorate for his thesis Corporate Life Ancient India

''Though, now there are many important studies available on the subject, the book remains one of the pioneering works in the field.'' - --NBT News Letter

The author had discovered 'important fragments of the dramas of the great Buddhist poet Avaghosa, and of the plays of the famous Bhasa', which had thrown unexpected light on the early history of the drama in India, which students of theatre must know. The value and significance of Indian dramatic theory had retained its relevance so long that even today they continue to receive recognition universally. Hence this reprint. .....An excellent treatise to equip one with the authentic knowledge of ancient Indian theatre traditions. --Indian and World Arts and Crafts, Vol. XIV, November 1995

Shipping: US$ 7.85
From United Kingdom to U.S.A.
Destination, rates & speeds