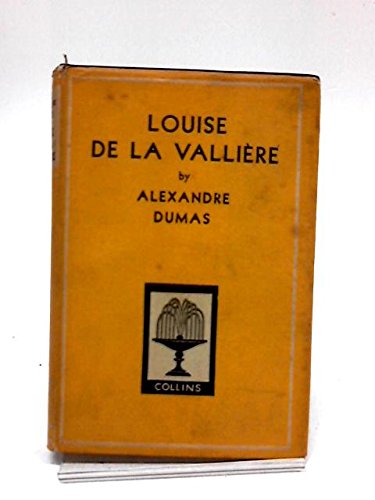 Louise de la Vallière is the middle section of The Vicomte de Bragelonne, or, Ten Years After. Against a tender love story, Dumas continues the suspense which began with The Vicomte de Bragelonne and will end with The Man in the Iron Mask. Set during the reign of Louis XIV and filled with behind-the-scenes intrigue, the novel brings the aging Musketeers and d'Artagnan out of retirement to face an impending crisis within the royal court of France. This new edition of the classic English translation is richly annotated and places Dumas's invigorating tale in its historical and cultural context.

David Coward is Professor of French at the University of Leeds. He has edited all OUP's Dumas titles and is the translator of Maupassant: Mademoiselle Fifi and A Day in the Country.

`one of the very best of the series, mixing amorous and political intrigue with an elan peculiar to Dumas ... this quasi-historical series remains remarkably readable' The Irish Times (Dublin)

Shipping: US$ 29.20
From United Kingdom to U.S.A.
Destination, rates & speeds