Items related to Murder Is Easy 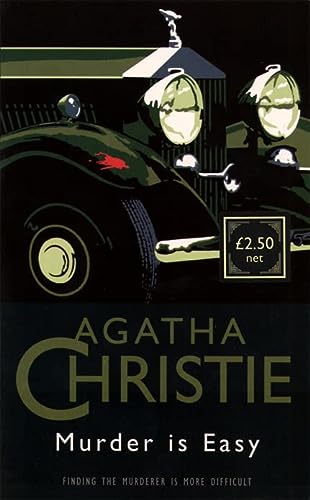 Retired police officer and occasional sleuth Luke Fitzwilliam wasn’t thrilled to be stuck next to dotty old Miss Fullerton on the London-bound train. But at least she was amusing, regaling him with tall tales of "perfect murders" in the quaint village of Wychwood. When Miss Fullerton turns up dead, Luke becomes seriously worried and takes on the case. A visit to isolated Wychwood confirms his fears: There’s a dark and dangerous secret that is dispatching the locals. Actor Hugh Fraser gives a captivating reading of this elaborate, engaging whodunit.

Luke Fitzwilliam does not believe Miss Pinkerton’s wild allegation that a multiple murderer is at work in the quiet English village of Wychwood and that her local doctor is next in line.

But within hours, Miss Pinkerton has been killed in a hit-and-run car accident. Mere coincidence? Luke is inclined to think so—until he reads in the Times of the unexpected demise of Wychwood’s Dr. Humbleby....

Book Description Fontana, 1987. Mass Market Paperback. Condition: Good. Connecting readers with great books since 1972. Used books may not include companion materials, some shelf wear, may contain highlighting/notes, may not include cdrom or access codes. Customer service is our top priority!. Seller Inventory # S_277268772

Book Description HarperCollins Publishers, 1995. Condition: Good. A+ Customer service! Satisfaction Guaranteed! Book is in Used-Good condition. Pages and cover are clean and intact. Used items may not include supplementary materials such as CDs or access codes. May show signs of minor shelf wear and contain limited notes and highlighting. Seller Inventory # 0006168132-2-4

Book Description Paperback. Condition: Good. The book has been read but remains in clean condition. All pages are intact and the cover is intact. Some minor wear to the spine. Seller Inventory # GOR002859786

Book Description Paperback. Condition: Very Good. The book has been read, but is in excellent condition. Pages are intact and not marred by notes or highlighting. The spine remains undamaged. Seller Inventory # GOR002914249