Items related to A Secret Affair 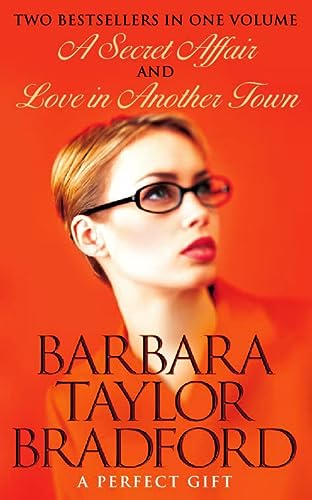 Barbara Taylor Bradford was born and raised in England. She started her writing career on the Yorkshire Evening Post and later worked as a journalist in London. Her first novel, A Woman of Substance, became an enduring bestseller and was followed by twenty-three others, including the bestselling Harte series. In 2006 The Ravenscar Dynasty began an epic new family series around Ravenscar and the house of Deravenel. Barbara's books have sold more than eighty-one million copies worldwide in more than ninety countries and forty languages. In October of 2007, Barbara was appointed an OBE by the Queen for her services to literature. She lives in New York City with her husband, television producer Robert Bradford.

The story of an illicit affair that plunges into mystery when one of the lovers fails to appear for an assignation, this new work is being published in the same small gift format as last season's Bradford best seller, Love in Another Town.
Copyright 1996 Reed Business Information, Inc.