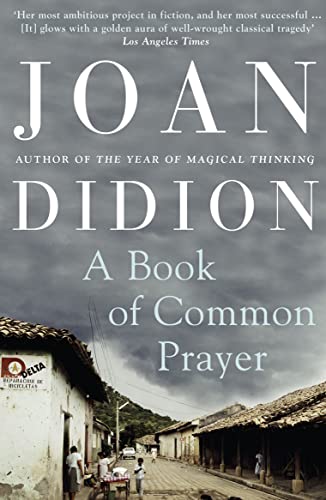 Paperback. Pub Date :2011-11-10 Pages: 300 Language: English Publisher: HarperCollins UK An engrossing examination of political and personal life in Central America. from the award-winning author of The Year of Magical Thinking.Writing with the economical swiftness and concentrated perception that has made her one of America's most distinguished writers. Joan Didion creates a gleaming novel of innocence and evil.Set in the ruined Central American nation of Boca Grande. A Book of Common Prayer is the story of two American women and their conflicting experiences of wealth. politics and personal history.We follow the intriguing life of Grace Strasser-Mendana - an American expatriate and member of one of Boca Grande's most influential families - alongside the story of Charlotte Douglas. whose daughter Medin has run off with a group of Marxist radicals.What follows is an explorat...

1. A Book of Common Prayer

2. A Book of Common Prayer

3. A Book of Common Prayer

4. A Book of Common Prayer

5. A Book of Common Prayer