Items related to King Without A Kingdom

Druon, Maurice King Without A Kingdom

King Without A Kingdom 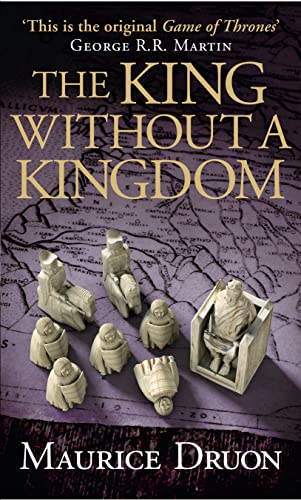 Maurice Druon was a French resistance hero, a Knight of the British Empire and a holder of the Grand Croix de la Legion d'Honneur. He was also a member of the Academie francaise and a celebrated novelist, best known for his series of seven historical novels under the title of The Accursed Kings, which were twice adapted for television. A passionate Anglophile, he was a great expert on all things English, including its medieval history, which provides great inspiration for the series. His many and diverse fans include George RR Martin, Nicolas Sarkozy and Vladimir Putin.

`One of the greatest series of historical novels. The Accursed Kings creates a compelling world, which is strange but utterly convincing. An inspiration (for THRONE OF THE CAESARS)' Harry Sidebottom, author of the Warrior of Rome novels. `Blood-curdling tale of intrigue, murder, corruption and sexual passion' The Sunday Times `Dramatic and colourful as a Dumas romance but stiffened by historical accuracy and political insight' The Sunday Times `Barbaric, sensual, teeming with life, based in wide reading and sound scholarship...among the best historical novels' The Times Literary Supplement

1. King Without A Kingdom