Items related to The Wonderful World of Dr Seuss

The Wonderful World of Dr Seuss 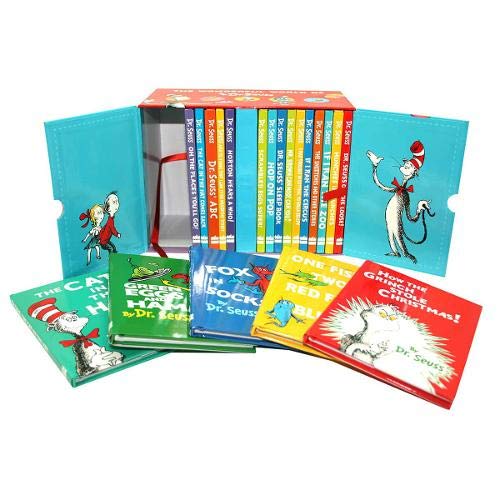 Join a colourful cast of crazy characters in this fabulous collection of twenty of Dr. Seuss' best-loved stories. Filled with hilarious tales told in rollicking rhyme.

Theodore Seuss Geisel - better known to millions of his fans as Dr. Seuss - was born the son of a park superintendent in Springfield, Massachusetts, in 1904. After studying at Dartmouth College, New Hampshire, and later at Oxford University in England, he became a magazine humorist and cartoonist, and an advertising man. He soon turned his many talents to writing children's books, and his first book - And To Think That I Saw It On Mulberry Street - was published in 1937. His greatest claim to fame was the one and only The Cat In The Hat, published in 1957, the first of a successful range of early learning books known as Beginner Books.

2. The Wonderful World of Dr Seuss

3. The Wonderful World of Dr Seuss