Items related to The Long Wave in Economic Life

The Long Wave in Economic Life 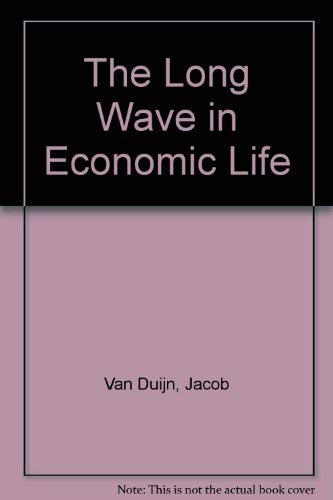 Of all fluctuations in economic activity, the long wave or Kondratieff cycle is easily the most puzzling and least understood one. Does it really exist, and if so, is it only a cycle in prices or a cycle in economic activity at large? What causes it, and has it been confined to Europe or does it affect the world economy as a whole?

These questions, which seemed of little relevance in the prosperous years of the postwar growth era, have gained new importance since 1973. With the downturn of the long wave, interest in it has enjoyed a revival, as it did in the 1930s. A great number of publications on the long wave have appeared since 1973, many of which have added to our insight of what causes the recurrent alternations of growth acceleration and retardation. This book is the first in the English language in which all important long wave theories, old as well as recent, are brought together. It focuses on the long wave as an international phenomenon, affecting all industrialised countries. It contains new theory as well as empirical evidence and in the final section suggests a number of policy recommendations to generate innovation.

This book offers an interpretation of long-term economic development different from those commonly found in the literature. It will be of interest to students and scholars of the economics of growth and change, as well as to economic historians and policy-makers. This book was first published in 1983.

1. The Long Wave in Economic Life

Book Description Routledge. Hardcover. Condition: Fair. A readable copy. All pages are intact, and the cover is intact. Pages can include considerable notes-in pen or highlighter-but the notes cannot obscure the text. At ThriftBooks, our motto is: Read More, Spend Less. Seller Inventory # G0043303307I5N00