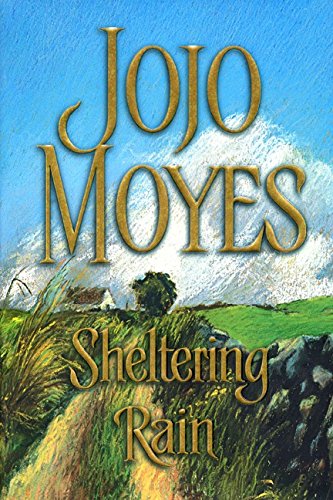 From the #1 New York Times bestselling author of Me Before You, the basis for the major motion picture, comes the touching, unforgettable story of three generations of Irish women faced with the fundamental truths of love, duty, and the unbreakable bond that unites mothers and daughters.

Estranged from her mother since she ran away from her rural Irish home as a young woman, Kate swore a future oath that she’d always be a friend to her daughter, Sabine. But history has a way of repeating itself, and Kate now faces an ever-widening chasm between herself and her daughter. With Sabine about to make her own journey to Ireland to see the grandmother Kate abandoned, Kate is left wondering how they ever made it here, and what she can do to close the gap between them.

For Joy, seeing her granddaughter is a dream come true. After the painful separation from Kate, she’s looking forward to having time with Sabine. Yet almost as soon as the young woman arrives, the lack of common ground between them deflates her enthusiasm. And when Sabine’s impetuous, inquisitive nature forces Joy to face long-buried secrets from her past, she realizes that perhaps it’s time to finally heal old wounds.

In the tradition of Maeve Binchy and Rosamunde Pilcher comes an evocative novel by a talented new writer.

At a celebration in honor of Queen Elizabeth II's coronation in 1953, the rebellious young Joy falls in love at first sight and marries the man of her dreams. Now, forty years later, Joy's fifteen-year-old granddaughter, Sabine, seeks shelter at her grandparents' house in Ireland, the very place from which her mother, Kate, ran years before. Suddenly, with an impetuous and inquisitive young woman in the house, Joy finds herself facing the secrets buried in her past.

Troubled by her worsening relationship with Sabine, Kate returns to Ireland. When the three women come together, they discover some fundamental truths about love, duty, and the relationships between mothers and daughters.

Jojo Moyes effortlessly weaves a rich and vivid tapestry of character, time, and place. The result is a heartwarming and believably real novel that sets the benchmark for a new generation of storytelling.

Jojo Moyes is a British novelist and journalist. She is one of only a few authors to have twice won the Romantic Novel of the Year Award by the Romantic Novelists' Association and has been translated into eleven different languages.