Items related to The Bean Trees Anniversary Edition: A Novel 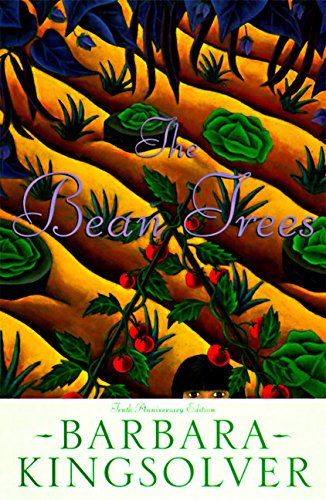 Barbara Kingsolver's 1988 debut novel is a classic workof American fiction. Now a standard in college literature classes across thenation, and a book that appears in translation across the globe, The BeanTrees is not only a literary masterpiece but a popular triumph—anarrative that readers worldwide have taken into their hearts. The Los Angeles Times calls The Bean Trees “the work of a visionary. . . . It leaves you open-mouthed and smiling.”

Ten years ago, Barbara Kingsolver published a first novel that is well on its way to becoming a classic work of American fiction. The Bean Trees is a book readers have taken to their hearts. It is now a standard in college literature classes across the nation and has been translated for a readership stretching from Japan to Romania.

When it was first published, however, its author was unknown. Word of mouth spread slowly among booksellers, librarians, critics and readers with a passion to share their favorite books. In The Bean Trees they found a spirited protagonist, Taylor Greer, who grew up in poor in rural Kentucky with the goals of avoiding pregnancy and getting away. But when Taylor heads west with high hopes and a barely functional car, she meets the human condition head-on. By the time she arrives in Tucson, she has acquired a completely unexpected child and must somehow come to terms with both motherhood and the necessity for putting down roots. Hers is a story about love and friendship, abandonment and belonging, and the discovery of surprising resources in apparently empty places.

Most readers of The Bean Trees discovered the novel in its paperback edition. On the 10th anniversary of its first publication, HarperFlamingo is proud to offer readers this special hardback edition, redesigned to be easy on the eyes and priced to be accessible to every lover of good fiction.