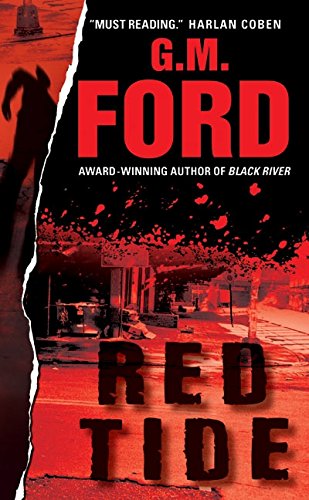 Terror has hit the West Coast with a vengeance—leaving a tunnel full of corpses beneath the Seattle streets, with a dark promise of far, far worse to come. Despite official attempts to keep the catastrophe under wraps, rogue journalist Frank Corso refuses to remain idle, immersing himself in a shadow world of senseless violence and unconscionable evil. For a strange connection that seems to tie one exceptionally brutal death with the impending destruction of thousands—perhaps millions—of innocent lives is pulling Corso and his best friend and ex-lover, photographer Meg Dougherty, deeper into the heart of a hideous conspiracy. And its nightmarish consequences will dwarf anything ever spawned by simple jealousy, greed, or bloodlust.

Ford hits the ground running with his fourth solid Frank Corso novel (Fury; Black River; etc.). Someone has sprayed a modified Ebola virus into a Seattle bus tunnel, killing more than 100 people. Journalist Corso promptly descends into the deadly tunnels to see what's going on—because that's the kind of guy he is. The masterminds behind the plot have a pretty good reason for the destruction and are a welcome change from the genre's familiar wild-eyed Arab terrorists. It's all very straightforward, especially after a note warns that the next round of virus will become airborne in 30 hours and will live for 30 days—which makes the bus tunnel business look like child's play. Scientific modeling points to a doomsday scenario, with the death of virtually every human on the planet the probable result. From then on it's a race against the clock as Corso teams up with courageous Seattle cop Charly Hart to stop the terrorists. Ford creates likable characters, whom he has the nerve to subject to the worst, no matter how attached the reader has become to them. There's not a lot of flash, and the twists and turns are easily negotiated, which keeps the pace fast and the characters in the foreground, making this an entertaining read in a dependable series. FYI: Ford also writes the successful Leo Waterman series.
Copyright © Reed Business Information, a division of Reed Elsevier Inc. All rights reserved.

Book Description Avon, 2005. Paperback. Condition: New. Mass Market Paperback. Brand new copy. "Something has been let loose in the city - an airborne horror that leaves a tunnel full of corpses below the streets of Seattle just as experts from fifty nations are gathering downtown for an international symposium on chemical and biological weapons. As the city grinds to a halt, disgraced journalist Frank Corso finds himself evacuated from his friend Meg Dougherty's first photographic exhibition. Determined to find a way into the tunnel to discover what has happened, he unwittingly establishes himself as prime suspect in this deadly conspiracy." ; 16mo 6" - 7" tall; 394 pages. Seller Inventory # 16932