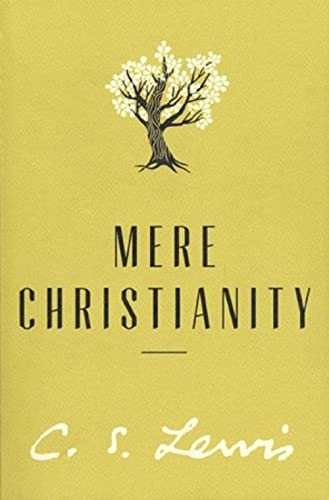 In 1943 Great Britain, when hope and the moral fabric of society were threatened by the relentless inhumanity of global war, an Oxford don was invited to give a series of radio lectures addressing the central issues of Christianity. Over half a century after the original lectures, the topic retains it urgency. Expanded into book form, Mere Christianity never flinches as it sets out a rational basis for Christianity and builds an edifice of compassionate morality atop this foundation. As Mr. Lewis clearly demonstrates, Christianity is not a religion of flitting angels and blind faith, but of free will, an innate sense of justice and the grace of God.

One of the most popular introductions to Christian faith ever written, Mere Christianity has sold millions of copies worldwide. The book brings together C. S. Lewis's legendary broadcast talks of the war years, talks in which he set out simply to "explain and defend the belief that has been common to nearly all Christians at all times." Rejecting the boundaries that divide Christianity's many de-nominations, Lewis provides an unequaled opportunity for believers and nonbelievers alike to hear a powerful, rational case for the Christian faith. It is a collection of scintillating brilliance that remains strikingly fresh for the modern reader and at the same time confirms C. S. Lewis's reputation as one of the leading writers and thinkers of our age.

Book Description Paperback. Condition: New. New edition. Language: English. Brand new Book. In the classic Mere Christianity, C.S. Lewis, the most important writer of the 20th century, explores the common ground upon which all of those of Christian faith stand together. Bringing together Lewis' legendary broadcast talks during World War Two from his three previous books The Case for Christianity, Christian Behavior, and Beyond Personality, Mere Christianity provides an unequaled opportunity for believers and nonbelievers alike to hear this powerful apologetic for the Christian faith. Seller Inventory # LIB9780060652920