Items related to Prophetess of health: A study of Ellen G. White

Prophetess of health: A study of Ellen G. White 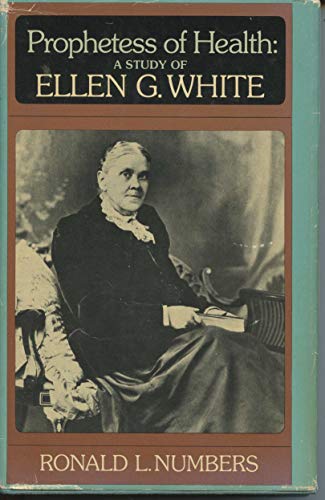 Respected historian of science Ronald Numbers here examines one of the most influential, yet least examined, religious leaders in American history - Ellen G. White, the enigmatic visionary who founded the Seventh-day Adventist Church. Numbers scrutinizes Whites life (1827-1915), from her teenage visions and testimonies to her extensive advice on health reform, which influenced the direction of the church she founded. This third edition features a new preface and two key documents that shed further light on White - transcripts of the trial of Elder Israel Dammon in 1845 and the proceedings of the secret Bible Conferences in 1919.

Spectrum
"An excellent, meticulously documented social history, whose author is an expert intellectual detective. . . When one reads about her success in starting a worldwide system of medical missions and hospitals, and the continuing services performed by the Adventist groups, one is astonished again that it took so long for Ellen G. White to be written about by an able and dispassionate biographer."

Library Journal
"The author gives an honest, unbiased account of the contradictions and possible plagiarism in White's writings, the vacillation of her methods, the revelries among the men who ran the medical institute, and the gullibility of the public regarding health. An informative work on one aspect of American medical history."

Christianity Today
"Prophetess of Health treats with considerable documentation the health writings of the Adventist leader."

The Christian Century
"Ellen G. White as much as anyone is the founder of modern Seventh-day Adventism, and deserves to be as well known as, say, Mary Baker Eddy. For some reason or other she has generally escaped scrutiny. Too bad, for her story as prophetess, health reformer, and religious leader is rarely matched in American religious annals, and Ronald Numbers is the man equipped to tell it. . . The intention of the book is not muckraking but the setting right of accounts."

1. Prophetess of health: A study of Ellen G. White

2. Prophetess of health: A study of Ellen G. White

6. Prophetess of health: A study of Ellen G. White