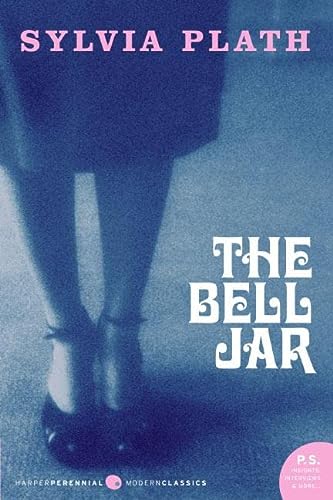 The Bell Jar chronicles the crack-up of Esther Greenwood: brilliant, beautiful, enormously talented, and successful, but slowly going under -- maybe for the last time. Sylvia Plath masterfully draws the reader into Esther's breakdown with such intensity that Esther's insanity becomes completely real and even rational, as probable and accessible an experience as going to the movies. Such deep penetration into the dark and harrowing corners of the psyche is an extraordinary accomplishment and has made The Bell Jar a haunting American classic.

This P.S. edition features an extra 16 pages of insights into the book, including author interviews, recommended reading, and more.

Plath was an excellent poet but is known to many for this largely autobiographical novel. The Bell Jar tells the story of a gifted young woman's mental breakdown beginning during a summer internship as a junior editor at a magazine in New York City in the early 1950s. The real Plath committed suicide in 1963 and left behind this scathingly sad, honest and perfectly-written book, which remains one of the best-told tales of a woman's descent into insanity.

A vulnerable young girl wins a dream assignment on a big-time New York fashion magazine and finds herself plunged into a nightmare. An autobiographical account of Sylvia Plath's own mental breakdown and suicide attempt, The Bell Jar is more than a confessional novel, it is a comic but painful statement of what happens to a woman's aspirations in a society that refuses to take them seriously... a society that expects electroshock to cure the despair of a sensitive, questioning young artist whose search for identity becomes a terrifying descent toward madness.

"A fine novel, as bitter and remorseless as her last poems -- the kind of book Salinger's Fanny might have written about herself ten years later, if she had spent those ten years in Hell." -- Robert Scholes, The New York Times Book Review.

"By turns funny, harrowing, crude, ardent and artless. Its most notable quality is an astonishing immediacy, like a series of snapshots taken at high noon." -- Time.

"A special poignance... a special force, a humbling power, because it shows the vulnerability of people of hope and good will." -- Newsweek.

The Bell Jar (Paperback or Softback)

Book Description Paperback. Condition: New. Language: English. Brand new Book. A realistic and emotional novel about a woman battling mental illness and societal pressures written by the iconic American writer Sylvia Plath."It is this perfectly wrought prose and the freshness of Plath's voice in The Bell Jar that make this book enduring in its appeal." -- USA Today The Bell Jar chronicles the crack-up of Esther Greenwood: young, brilliant, beautiful, and enormously talented, but slowly going under--maybe for the last time. Sylvia Plath masterfully draws the reader into Esther's breakdown with such intensity that Esther's neurosis becomes completely understandable and even rational, as probable and accessible an experience as going to the movies. Such thorough exploration of the dark and harrowing corners of the psyche - and the profound collective loneliness that modern society has yet to find a solution for - is an extraordinary accomplishment, and has made The Bell Jar a haunting American classic.This P.S. edition features extra insights into the book, including author interviews, recommended reading, and more. Seller Inventory # ABZ9780060837020