Items related to The Collected Poems 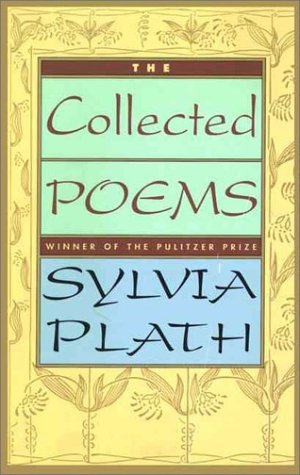 Containing everything that celebrated poet Sylvia Plath wrote after 1956, this is one of the most comprehensive collections of her work. Edited, annotated, and with an introduction by Ted Hughes.

Sylvia Plath died in 1963, and even now her outsize persona threatens to bury her poetry--the numerous biographies and studies often drawing the reader toward anecdote and away from the work. It's a relief to turn to the poems themselves and once more be jolted by their strange beauty, hard-wrought originality, and acetylene anger. "It is a heart, / This holocaust I walk in, / O golden child the world will kill and eat." While the juvenilia and poems written before 1960 that Ted Hughes has included here prefigure Plath's later obsessions, they also enable us to witness her turn from thesaurus-heavy verse to stripped-down art as they gather power through raw simplicity. "The blood jet is poetry. / There is no stopping it," she declares in "Kindness."

Sylvia Plath was born in 1932 in Massachusetts. Her books include the poetry collections The Colossus, Crossing the Water, Winter Trees, Ariel, and The Collected Poems, which won the Pulitzer Prize. A complete and uncut facsimile edition of Ariel was published in 2004 with her original selection and arrangement of poems. She was married to the poet Ted Hughes, with whom she had a daughter, Frieda, and a son, Nicholas. She died in London in 1963.