Items related to The Bean Trees 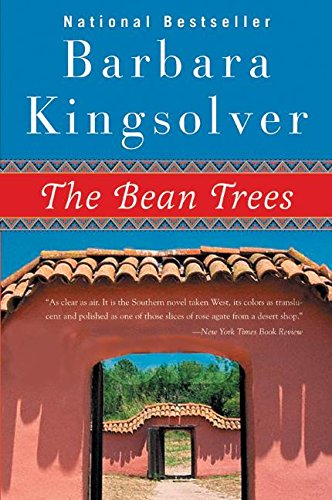 Barbara Kingsolver's 1988 debut novel is a classic workof American fiction. Now a standard in college literature classes across thenation, and a book that appears in translation across the globe,The BeanTrees is not only a literary masterpiece but a popular triumph—anarrative that readers worldwide have taken into their hearts. TheLos Angeles Times calls The Bean Trees “the work of a visionary. . . . It leaves you open-mouthed and smiling.”

Clear-eyed and spirited, Taylor Greer grew up poor in rural Kentucky with the goals of avoiding pregnancy and getting away. But when she heads west with high hopes and a barely functional car, she meets the human condition head-on. By the time Taylor arrives in Tucson, Arizona, she has acquired a completely unexpected child, a three-year-old American Indian girl named Turtle, and must somehow come to terms with both motherhood and the necessity for putting down roots. Hers is a story about love and friendship, abandonment and belonging, and the discovery of surprising resources in apparently empty places.

Available for the first time in mass-market, this edition of Barbara Kingsolver's bestselling novel,The Bean Trees, will be in stores everywhere in September. With two different but equally handsome covers, this book is a fine addition to your Kingsolver library.

Barbara Kingsolver’s books of fiction, poetry and creative nonfiction are widely translated and have won numerous literary awards. She is the founder of the PEN/Bellwether Prize, and in 2000 was awarded the National Humanities Medal, the country’s highest honor for service through the arts. Prior to her writing career she studied and worked as a biologist. She lives with her husband on a farm in southern Appalachia.