Items related to Ordeal by Innocence 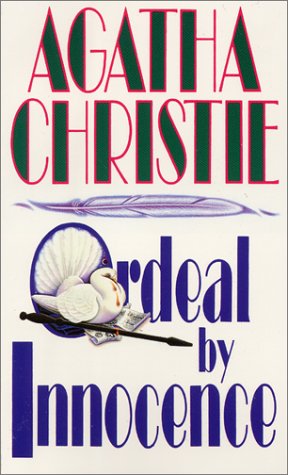 While serving a sentence for killing his mother, Jacko Argyle dies in prison. Two years later, a stranger shatters the peace of the Argyle household.Was Jacko convicted of a murder he didn't commit?

According to the courts, Jacko Argyle bludgeoned his mother to death with a poker. The sentence was life imprisonment. But when Dr. Arthur Calgary arrives with the proof that confirms Jacko’s innocence, it is too late—Jacko died behind bars following a bout of pneumonia. Worse still, the doctor’s revelations reopen old wounds in the family, increasing the likelihood that the real murderer will strike again.

Agatha Christie was born in Torquay in 1890 and became, quite simply, the best-selling novelist in history. Her first novel, The Mysterious Affair atStyles, written towards the end of the First World War, introduced us to Hercule Poirot, who was to become the most popular detective in crime fiction since Sherlock Holmes. She is known throughout the world as the Queen of Crime.Her books have sold over a billion copies in the English language and another billion in over 100 foreign languages. She is the author of 80 crime novelsand short story collections, 19 plays, and six novels under the name of MaryWestmacott.