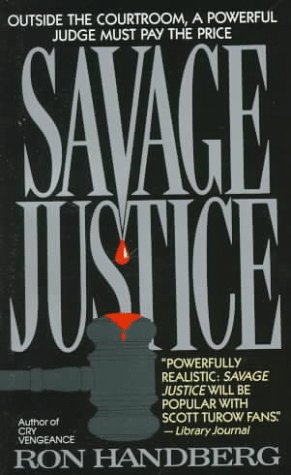 A phone call from the woman he loved twenty years before plunges Twin City anchorman Alex Collier into an investigation of Emmett Steele, a judge about to be confirmed for the Minnesota Supreme Court. Reprint.

On the eve of Judge Emmett Steele's appointment to the Minnesota Supreme Court, Twin Cities TV news anchor Alex Collier gets a red-hot tip that the judge has been picking up and abusing underage boys. The source: Alex's old girlfriend Pat Hodges, now married to one of Steele's prot‚g‚s on the bench. Alex, a rolling stone new to Minneapolis, goes after the story despite his misgivings about seeing Pat (whom he's soon seeing plenty of again) but doing his own investigative reporting. With the help of an uncompleted news profile of Judge Steele by mysteriously missing reporter Daniel Grabowski and the testimony of young hustler Rick McDaniel, Steele's latest victim, and Roger Anderson, a former victim now turned houseboy for the judge, Alex is able to piece together a damning chain of evidence. But the judge, not one to sit still, counterattacks by putting pressure on Alex's weaselly boss Nicholas Hawke to kill the story and by kidnapping Roger, though he never quite manages to kill him. There's more, of course--including a nice climactic sequence in which Alex and Co., having decoyed Hawke away to a conference so that they can tape the story, try to figure out ways to delay his return (letting air out of his car's tires as it sits at the airport, locking him out of the control booth)--but not much you couldn't have thought of yourself, and you don't even have first- novelist Handberg's TV news credentials. The character stereotypes are forgivable, but the predictable plotting and wooden writing aren't. Better skip this one and go straight to the videotape. -- Copyright ©1992, Kirkus Associates, LP. All rights reserved.

A TV anchorman in Minnesota risks his life to bring down a brutal pedophile in Handberg's riveting debut. Alex Collier, burdened by a painful divorce and professional problems, reluctantly pursues a tip from Pat Hodges, long-lost girl friend now married to a judge, about another judge who may be ruining kids' lives. Soon, however, he learns that a reporter who was investigating Judge Emmett Steele has disappeared. Now thoroughly committed, Collier tries to find Daniel Grabowski's computer disks that may contain important information. He also struggles to contact some of the alleged victims, homeless boys working the street. News that Minnesota's governor has nominated the judge to the State Supreme Court increases Collier's sense of urgency, as does discovery of Grabowki's mutilated body in a remote part of Wisconsin, near land owned by Pat's husband. Pat and Collier are on the Hodges' property when they see Steele drive up with boys and bodyguards. Shocking revelations set up a race to the climax and a final retribution that most readers will cheer, as Handberg wraps up his gripping story without reverting to graphically offensive scenes.
Copyright 1992 Reed Business Information, Inc.