Items related to The Mitfords: Letters Between Six Sisters

The Mitfords: Letters Between Six Sisters 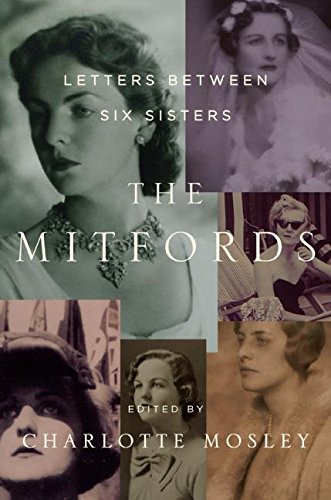 The great wits and beauties of their age, the Mitford sisters were immoderate in their passions for ideas and people, counting among their diverse friends Adolf Hitler and Queen Elizabeth II, Cecil Beaton and President Kennedy, Evelyn Waugh and Givenchy. As editor Charlotte Mosley notes, not since the Brontës have the members of a single family written so much about themselves, or have been so written about.

The Mitfords offers an unparalleled look at these privileged sisters: Nancy, the scalding wit who transformed her family life into bestselling novels; Pamela, who craved nothing more than a quiet country life; Diana, the fascist jailed with her husband, Oswald Mosley, during World War II; Unity, a suicide, torn by her worship of Hitler and her loyalty to home; Jessica, the runaway Communist and fighter for social change; and Deborah, the genial socialite who found herself Duchess of Devonshire.

Spanning the twentieth century, the magically vivid letters of the legendary Mitford sisters constitute not just a superb social and historical chronicle; they also provide an intimate portrait of the stormy but enduring relationships between six beautiful, gifted, and radically different women who wrote to one another to confide, commiserate, tease, rage, and gossip—and above all to amuse.

“Fascinating...Their irresistible appeal comes from the way they invite us into the close family circle.” (New York Times Book Review)

“A splendid introduction to the eccentric charms of the Mitford world...On my short list of best books of the year.” (Newsday)

“Marvelous...THE MITFORDS is quite simply one of the most sinful guilty pleasures of the season.” (Baltimore Sun)

“Fascinating...The sisters had the stiff upper lip of their class, and, it must be said, a way with words.” (Wall Street Journal)

“Nothing captures their enduring allure quite like their own correspondence...With this epistolary testament to sisterhood, the mystery of the Mitfords...has at last been solved.” (Vogue)

“Compelling...The letters are so affecting that it is difficult to refrain from wanting to get to know the sisters better.” (St. Petersburg Times)

“Peppered with colorful nicknames, filled with love, encouragement, jealousy and gossip, and written primarily to amuse the recipients, the letters testify to the bonds of sisterhood.” (Publishers Weekly)

“THE MITFORDS could have been an operatic group biography on an epic scale: Instead, thanks to its editor’s taste and discretion, it is chamber music with symphonic longings... an intriguing record of each sister’s personality... all six could write evocatively, even hauntingly.” (Washington Post Book World)

1. The Mitfords: Letters Between Six Sisters

2. The Mitfords: Letters Between Six Sisters

3. The Mitfords: Letters Between Six Sisters