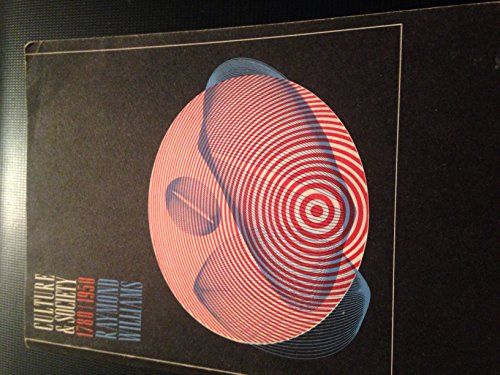 Acknowledged as perhaps "the" masterpiece of materialist criticism in the English language, this omnibus ranges over British literary history from George Eliot to George Orwell to inquire about the complex ways economic reality shapes the imagination.

The organizing principle of this book is the discovery that the idea of culture, and the word itself in its general modern uses, came into English thinking in the period which we commonly describe as that of the Industrial Revolution. The book is an attempt to show how and why this happened, and to follow the idea through to our own day.

One of the century's most distinguished public intellectuals, Raymond Williams (1921-1988) helped to create and form the conceptual space of contemporary literary & cultural studies.