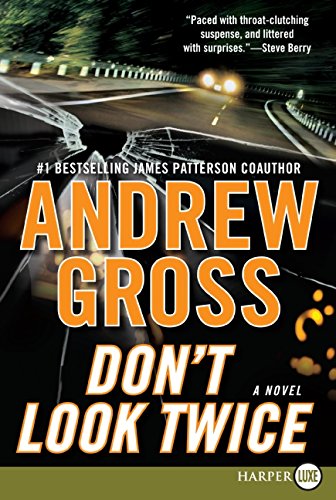 In this dramatic new novel following the bestselling The Dark Tide, a drive-by shooting rocks the posh suburb of Greenwich, Connecticut, and an innocent bystander is left dead.

Detective Ty Hauck plunges into what seems like a vicious case of retribution and follows the trail to a sinister gambling scheme at an upstate casino. Until Annie Fletcher, a young restaurateur in the midst of rebuilding her life, witnesses something she shouldn't have—and immediately runs to him with what she knows. Suddenly, Hauck is pulled into a rising storm far greater than it first appeared—a storm wide enough to encompass corruption inside Greenwich's circle of wealthy and powerful citizens. And punishing enough to consume Hauck's own family, and tear brothers apart forever . . . if it doesn't kill them first.

Don't Look Twice is a gripping story of profiteering on an international scale and an emotionally resonant domestic thriller from one of the hottest new talents in suspense fiction.

Andrew Gross is the author of the New York Times and international bestsellers Everything to Lose, No Way Back, 15 Seconds, Eyes Wide Open, Reckless, Don't Look Back, The Dark Tide, and The Blue Zone. He is also coauthor of five number one bestsellers with James Patterson, including Judge & Jury and Lifeguard. His books have been translated into more than twenty-five languages.