Items related to Sharp: A Memoir 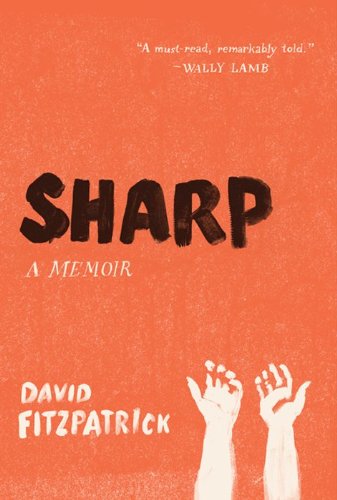 David Fitzpatrick’s Sharp is an extraordinary memoir—a fascinating, disturbing look into the mind of a man who, in his early 20s, began cutting himself due to a severe mental illness. A beautifully written treatment of a powerful subject, Fitzpatrick—whose symptoms included extreme depression and self-mutilation—writes movingly and honestly about his affliction and inspires readers with his courage, joining the literary ranks of Terri Cheney (Manic), Augusten Burroughs (Running with Scissors), Marya Hornbacher (Wasted), and Susanna Kaysen (Girl, Interrupted).

“A harrowing journey from self-destructive psychosis to a cautious re-emergence into the flickering sunshine of the sane world....Fitzpatrick writes about mental illness with the unsparing intensity of Sylvia Plath and Anne Sexton but also with the hard-won self-knowledge of William Styron, Kay Jamison, and other chroniclers of disease, recovery, and management.... A must read, remarkably told.”
—Wally Lamb, author of I Know This Much is True

"Endorphins sped through me. I spun around, growing dizzy, frantic, and silly. I wasn't drunk, but I felt a nice stoned feeling, sans paranoia, and I thought, 'I believe I've found my new pharmaceutical deep inside.' I giggled fearlessly, manically at this and looked down at myself; hands, arms, chest, and belly covered in crimson . . . "

Sharp is the story of a young man who began his life with a loving family and great promise for the future. But in his early twenties, David Fitzpatrick became so consumed by mental illness it sent him into a frenzy of cutting himself with razor blades. In this shocking and often moving book, he vividly describes the rush this act gave him, the fleeting euphoric high that seemed to fill the spaces in the rest of his life. It started a difficult battle from which he would later emerge triumphant and spiritually renewed.

Fitzpatrick's youth seemed ideal. He was athletic, handsome, and intelligent. However, he lived in fear of an older brother who taunted and belittled him; and in college, his roommates teased and humiliated him, further damaging what sense of self-esteem he still carried with him. As he shares these experiences, Fitzpatrick also recounts the lessons learned from the broken people he encountered during his journey—knowledge that led to his own emotional resurrection.

Sharp also demonstrates the awakening of a writer's instinctive voice. With prose that is tough and gritty, profound and insightful, Fitzpatrick takes us inside his head while he manically cuts himself, but these episodes are presented with a dignity and insight that has never been seen before. His writing also possesses a lightness of touch that brings humor to a subject that doesn't naturally provide it.

Above all else, Sharp is a tale of hope, a soul-baring quest of a lost man who returns to himself, overcomes his demons, and reclaims his life. It is destined to become a classic memoir.

David Fitzpatrick was born in Dearborn, Michigan, grew up in Connecticut, graduated from Skidmore College, and earned his MFA degree from Fairfield University in 2011. He works part-time at an auto dealership and is married to a graphic designer and fellow writer, Amy Holmes. His work has been published by The New Haven Review, Barely South Review, and Fiction Weekly. He lives in Middletown, Connecticut.