Items related to Warriors #6: The Darkest Hour (Warriors: The Prophecies... 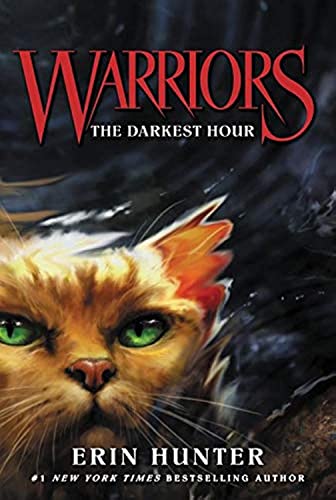 Join the legion of fans who have made Erin Hunter’s Warriors series a bestselling phenomenon. More thrilling adventures, epic action, and fierce warrior cats await in Warriors #6: The Darkest Hour.

The time has come for Fireheart—now Firestar, leader of ThunderClan—to face his destiny. Tigerstar’s sinister ambitions have brought the whole forest to the brink of a terrible and deadly battle. Now prophecies will unfold, and heroes will rise....

Fire alone can save our Clan.

The time has come for prophecies to unfold and for heroes to rise as Tigerstar's quest for power plunges the forest into terrible danger. In order to save his Clan, Fireheart must uncover the meaning of an ominous prophecy: "Four will become two. Lion and tiger will meet in battle, and blood will rule the forest."