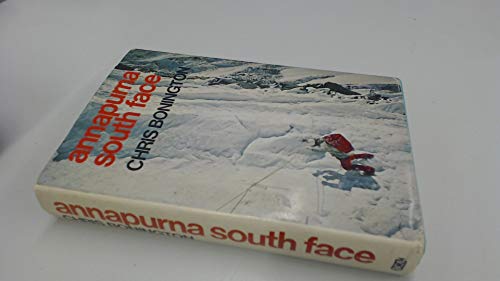 In 1970, Chris Bonington and his now-legendary team of mountaineers were the first climbers to tackle a big wall at extreme altitude. Their target was the south face of Nepal's Annapurna: 12,000 feet of steep rock and ice leading to a 26, 454-ft. summit. As serious armchair climbers will tell you, Annapurna South Face is better than all but a handful of equally gripping classics. One could also argue that all that has happened in the big mountains in the past 30 years has come out of this expedition and out of this book. Bonington and his team—most of whom subsequently died in the mountains—represented a kind of "greatest generation" of modern mountaineers. They pioneered a new, bolder approach to high altitude climbing, and this book is about how they hit the big time.

Sir Chris Bonington is one of the fathers of modern mountaineering, and currently climbing's greatest ambassador. Bonington made the first British ascent of the North Face of the Eiger in 1963 and led the first ascent of Everest's Southwest Face in 1975. He has written more than a dozen books about his adventures, including Everest the Hard Way and The Climbers: A History of Mountaineering. He lives in England.
Clint Willis is the series editor of Adrenaline Books. His ten anthologies for the series include Epic: Stories of Survival from the World's Highest Peaks, High: Stories of Survival from K2 and Everest, and Climb: Stories of Survival from Rock, Snow and Ice.