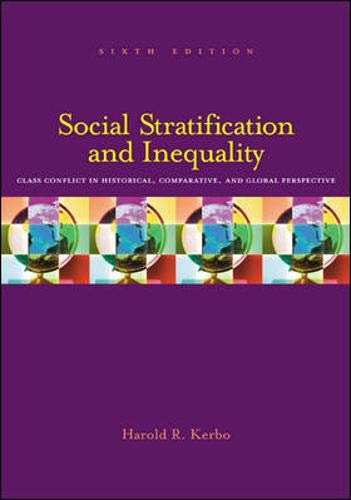 Harold Kerbo continues to provide a comprehensive, up-to-date exploration of the economic and social divisions in human societies. While the book is grounded in the nature of social stratification in the United States, this edition maintains a commitment to keeping a global perspective. Extensive comparative information, as well as an overview of how, historically, social stratification has changed and evolved, gives readers a global perspective on class conflict. Praised for its thorough research and scholarship, Social Stratification and Inequality includes current statistics and the latest trends in the field.