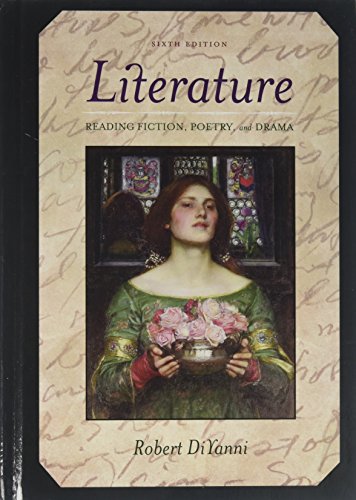 DiYanni's Literature: Reading Fiction, Poetry, and Drama features student-centered approaches to literature -- from experience to interpretation to evaluation -- and an emphasis on making connections between texts and thinking critically about literature. Known for its clear presentation of the formal elements of literature and literary analysis, this anthology effectively balances classic, modern, and contemporary works across the three major genres, blending well-known writers with a diverse gathering of newer, international figures. This literary breadth is supplemented by extensive coverage of writing about literature, making this book an excellent text for introduction to literature courses as well as literature-based composition courses.