Items related to Angels Twenty: A Young American Flier a Long Way from... 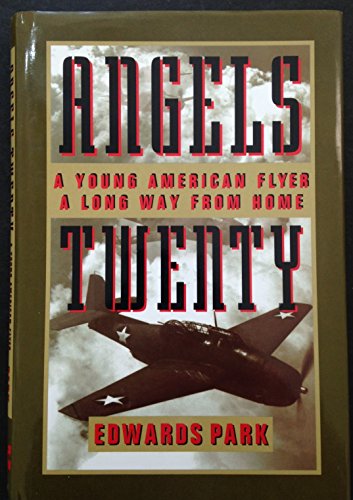 Edwards Park, WWII fighter pilot and one of the founders of Smithsonian magazine recounts his experiences as a young American flier in a backwater of the war--the jungles of New Guinea. Beaver Squadron's P-39s were badly outmatched by the Japanese Zeroes, but they held the line. Park's account, often humorous, often moving, is faithful to the spirit of his old comrades and the planes they loved.

Edward Park wasn't an instinctive flyer, but he learned. By the end of World War II, he was not only one with his plane, he had lived through a strange and terrible time. In Angels Twenty, he takes you back to the Beaver Squadron's war--without posturing, without heroics, but with great humor and respect for his old mates. Green as grass, the American boys were dumped in Australia, ready to do their bit in the war against Japan. But the New Guinea jungle wasn't all what they had expected.#. .Park is a gifted writer as well as a fine pilot. His vivid memories will grip you, from his first combat mission to the last, through many tense stories when everyone was obsessed with but one goal--getting home alive. The thrill and terror of aerial combat, the monotony of endless patrols, the dry, sometimes loony humor of the men on the ground--and wonderfully live again in the pages of Angels Twenty.

``The writing of the (aerial combat) sequences has a fascinating mix of fear and nonchalance.'' (Australian Book Review)

``A revealing portrait of how oridnary people were sucked into the vortex of war and how they responded to it.'' (Queensland Reveiw)