Items related to The Two Ronnies: Their Funniest Jokes, One-Liners and... 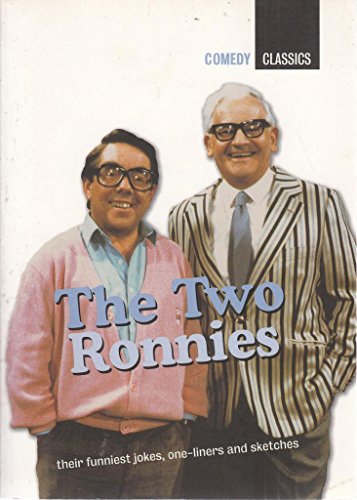 For almost two decades, Ronnie Barker and Ronnie Corbett combined to produce one of the nation's all-time favourite comedy shows. Here collected together for the first time is the very best of the Two Ronnies immaculately crafted material. From their opening "But First the News" jokes to their classic two-hander sketches, Ronnie Barker's hilarious speeches and monologues and Ronnie Corbett's shaggy-dog tales in "the chair" are the perfect gift for fans to enjoy their favourite lines again and again.

The Two Ronnies first met in the early 1960s writing and performing with the likes of John Cleese on the Frost Report. The Two Ronnies was launched in 1971 and became a national institution until they called it a day in the mid-eighties. Much of the material was written by Ronnie Barker but there were classic contributions from the likes of Spike Mullins, Peter Vincent and David Renwick. Ronnie Barker also starred in Porridge and Open All Hours, while Ronnie Corbett made his name with the sitcom Sorry!