Items related to Nights at the Circus

Carter, Angela Nights at the Circus

Nights at the Circus 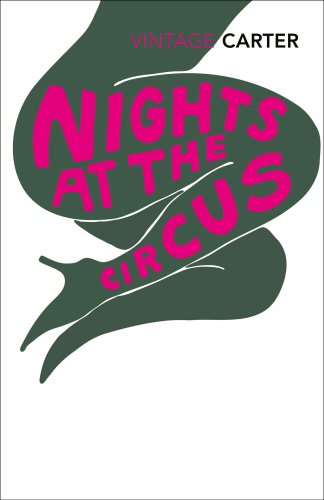 Opened at London's Lyric Hammersmith in 2006.

Angela Carter (1940–1992) wrote nine novels and numerous short stories, as well as nonfiction, radio plays, and the screenplay for Neil Jordan's 1984 movie The Company of Wolves, based on her story of the same name. She won numerous literary awards, traveled and taught widely in the United States, and lived in London.

"A glorious piece of work... The narrative has a splendid ripe momentum, and each descriptive touch contributes a pang of vividness." -- "TLS
"Intensely amusing and also provocatively serious. This is a big, superlatively imagined novel." -- "Observer

1. Nights at the Circus

2. Nights At The Circus (Paperback)

Book Description 1994. Paperback. Condition: New. Paperback. 'Angela Carter has influenced a whole generation of fellow writers towards dream worlds of baroque splendour, fairy tale horror, and visions of the alienated wreckage of a future world. In.Shipping may be from multiple locations in the US or from the UK, depending on stock availability. 368 pages. 0.255. Seller Inventory # 9780099388616

3. Nights at the circus

4. Nights At The Circus

5. Nights At The Circus

6. Nights At The Circus

7. Nights At The Circus

8. Nights At The Circus

9. Nights At The Circus

10. Nights at the Circus

Book Description Vintage, 2006. Soft cover. Condition: New. Dispatched within 1 working day of receipt of cleared payment. * * * * * Excluding tape, all packaging materials are reused and/or recyclable. * * * * * Is Sophie Fevvers, toast of Europe's capitals, part swan.or all fake? Courted by the Prince of Wales and painted by Toulouse-Lautrec, she is an aerialiste extraordinaire and star of Colonel Kearney's circus. She is also part woman, part swan. Jack Walser, an American journalist, is on a quest to discover the truth behind her identity. Dazzled by his love for her, and desperate for the scoop of a lifetime, Walser has no choice but to join the circus on its magical tour through turn-of-the-nineteenth-century London, St Petersburg and Siberia. Seller Inventory # 000479

Shipping: US$ 23.54
From United Kingdom to U.S.A.
Destination, rates & speeds