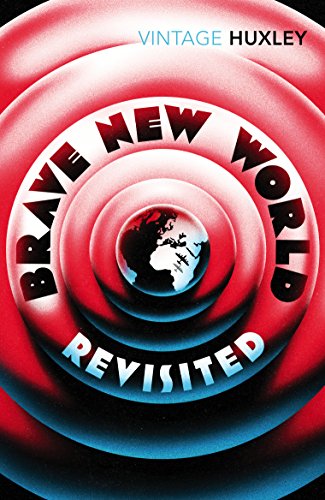 When the novel Brave New World first appeared in 1932, its shocking analysis of a scientific dictatorship seemed a projection into the remote future. Here, in one of the most important and fascinating books of his career, Aldous Huxley uses his tremendous knowledge of human relations to compare the modern-day world with his prophetic fantasy. He scrutinizes threats to humanity, such as overpopulation, propaganda, and chemical persuasion, and explains why we have found it virtually impossible to avoid them. Brave New World Revisited is a trenchant plea that humankind should educate itself for freedom before it is too late.

Huxley checks the progress of his prophecies in his seminar novel Brave New World thirty years after it was first published, covering issues such as overpopulation, propaganda, the art of selling and brainwashing, drugs and political control.

Shipping: US$ 4.99
From United Kingdom to U.S.A.
Destination, rates & speeds