Items related to I Capture The Castle

Dodie Smith I Capture The Castle

I Capture The Castle 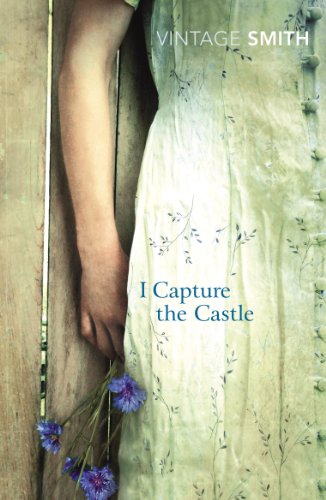 I Capture the Castle

Seventeen-year-old Cassandra Mortmain wants to become a writer. Trouble is, she's the daughter of a once-famous author with a severe case of writer's block. Her family--beautiful sister Rose, brooding father James, ethereal stepmother Topaz--is barely scraping by in a crumbling English castle they leased when times were good. Now there's very little furniture, hardly any food, and just a few pages of notebook paper left to write on. Bravely making the best of things, Cassandra gets hold of a journal and begins her literary apprenticeship by refusing to face the facts. She writes, "I have just remarked to Rose that our situation is really rather romantic, two girls in this strange and lonely house. She replied that she saw nothing romantic about being shut up in a crumbling ruin surrounded by a sea of mud."

Rose longs for suitors and new tea dresses while Cassandra scorns romance: "I know all about the facts of life. And I don't think much of them." But romantic isolation comes to an end both for the family and for Cassandra's heart when the wealthy, adventurous Cotton family takes over the nearby estate. Cassandra is a witty, pensive, observant heroine, just the right voice for chronicling the perilous cusp of adulthood. Some people have compared I Capture the Castle to the novels of Jane Austen, and it's just as well-plotted and witty. But the Mortmains are more bohemian--as much like the Addams Family as like any of Austen's characters. Dodie Smith, author of 101 Dalmations, wrote this novel in 1948. And though the story is set in the 1930s, it still feels fresh, and well deserves its reputation as a modern classic. --Maria Dolan

"I Capture the Castle is finally back in print. It should be welcomed with a bouquet of roses and a brass band. Ever since I was handed a tattered copy years ago with the recommendation 'You'll love it,' it has been one of my favorite novels. Cassandra Mortmain is one hell of a narrator, offering sharp wit, piercing insight and touching lyricism. She is a heroine we readers wish we could be, a young woman it is impossible not to adore." --Susan Isaacs

"Dreamy and funny...an odd, shimmering timelessness clings to its pages. A thousand and one cheers for its reissue. A+" --Entertainment Weekly

"It is an occasion worth celebrating when a sparkling novel, a work of wit, irony and feeling is brought back into print after an absence of many years. So uncork the champagne for I Capture the Castle." --Los Angeles Times

"It's as fresh as if it were written this morning and as classic as Jane Austen. I'm very happy to have met it." --Donald Westlake

"A delicious, compulsively readable novel about young love and its vicissitudes. What fun!" --Erica Jong

"Much more fun than the reader has any right to expect." --The Weekly Standard

1. I Capture The Castle (Paperback)

Book Description Paperback. Condition: new. Paperback. This wonderful novel tells the story of seventeen-year-old Cassandra and her extraordinary family, who live in not-so-genteel poverty in a ramshackle old English castle. Cassandra's eccentric father is a writer whose first book took the literary world by storm but he has since failed to write a single word and now spends most of his time reading detective novels from the village library. Cassandra's elder sister, Rose - exquisitely beautiful, vain and bored - despairs of her family's circumstances and determines to marry their affluent American landlord, Simon regardless of the fact she does not love him. She is in turns helped and hindered in this by their bohemian step-mother Topaz, an artist's model and nudist who likes to commune with nature. Finally there is Stephen, dazzlingly handsome and hopelessly in love with Cassandra. Amidst this maelstrom Cassandra strives to hone her writing skills. She fills three notebooks with sharply funny yet poignant entries, which candidly chronicle the great changes that take place within the castle's walls, and her own first descent into love. By the time she pens her final entry, she has captured the heart of the reader in one of literature's most enchanting entertainments Cassandra Mortmain lives with her impoverished family in a crumbling castle. Her journal records her life with her bored sister Rose, her stepmother Topaz, her little brother Thomas and her novelist father who suffers from a financially crippling writer's block. However, all their lives are turned upside down when American heirs to castle arrive. Shipping may be from multiple locations in the US or from the UK, depending on stock availability. Seller Inventory # 9780099460879

2. I Capture The Castle (Paperback)

Book Description Paperback. Condition: New. Language: English. Brand new Book. 'This book has one of the most charismatic narrators I've ever met' J K Rowling 'I write this sitting in the kitchen sink' is the first line of this timeless, witty and enchanting novel about growing up. Cassandra Mortmain lives with her bohemian and impoverished family in a crumbling castle in the middle of nowhere. Her journal records her life with her beautiful, bored sister, Rose, her fading glamorous stepmother, Topaz, her little brother Thomas and her eccentric novelist father who suffers from a financially crippling writer's block. However, all their lives are turned upside down when the American heirs to the castle arrive and Cassandra finds herself falling in love for the first time. 'I know of few novels that inspire as much fierce lifelong affection in their readers' Joanna Trollope**One of the BBC's 100 Novels That Shaped Our World**. Seller Inventory # AAZ9780099460879

3. I Capture the Castle

4. I Capture The Castle

Shipping: US$ 9.65
From United Kingdom to U.S.A.
Destination, rates & speeds

5. I Capture the Castle (Vintage Classic)

6. I Capture The Castle

Book Description Condition: New. 2004. New Ed. Paperback. Cassandra Mortmain lives with her impoverished family in a crumbling castle. Her journal records her life with her bored sister Rose, her stepmother Topaz, her little brother Thomas and her novelist father who suffers from a financially crippling writer's block. However, all their lives are turned upside down when American heirs to castle arrive. Num Pages: 432 pages. BIC Classification: FA. Category: (G) General (US: Trade). Dimension: 199 x 128 x 27. Weight in Grams: 308. . . . . . Books ship from the US and Ireland. Seller Inventory # V9780099460879

7. I Capture The Castle

8. I Capture The Castle (Vintage Classics)

9. I Capture The Castle (Vintage Classics)

10. I Capture The Castle (Vintage Classics)