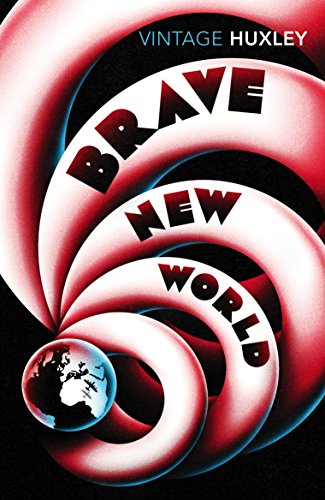 Far in the future, the World Controllers have finally created the ideal society. In laboratories worldwide, genetic science has brought the human race to perfection. From the Alpha-Plus mandarin class to the Epsilon-Minus Semi-Morons, designed to perform menial tasks, man is bred and educated to be blissfully content with his pre-destined role. But, in the Central London Hatchery and Conditioning Centre, Bernard Marx is unhappy. Harbouring an unnatural desire for solitude, feeling only distaste for the endless pleasures of compulsory promiscuity, Bernard has an ill-defined longing to break free. A visit to one of the few remaining Savage Reservations where the old, imperfect life still continues, may be the cure for his distress...

Book Description Paperback. Condition: New. Language: English. Brand new Book. Brave New World predicts - with eerie clarity - a terrifying vision of the future. Read the dystopian classic that inspired the Sky TV series.EVERYONE BELONGS TO EVERYONE ELSEWelcome to New London. Everybody is happy here. Our perfect society achieved peace and stability through the prohibition of monogamy, privacy, money, family and history itself. Now everyone belongs. You can be happy too. All you need to do is take your Soma pills. Discover the brave new world of Aldous Huxley's classic novel, written in 1932, which prophesied a society which expects maximum pleasure and accepts complete surveillance - no matter what the cost.'A masterpiece of speculation. As vibrant, fresh, and somehow shocking as it was when I first read it' Margaret Atwood, bestselling author of The Handmaid's Tale 'A grave warning. Provoking, stimulating, shocking and dazzling' Observer **One of the BBC's 100 Novels That Shaped Our World**. Seller Inventory # AAZ9780099518471

Shipping: US$ 5.32
From United Kingdom to U.S.A.
Destination, rates & speeds

Shipping: US$ 13.27
From United Kingdom to U.S.A.
Destination, rates & speeds