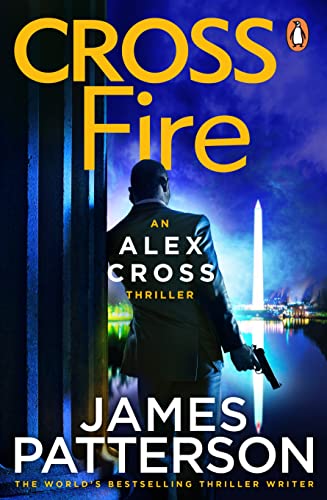 JAMES PATTERSON is one of the best-known and biggest-selling writers of all time. His books have sold in excess of 365 million copies worldwide. He is the author of some of the most popular series of the past two decades - the Alex Cross, Women's Murder Club, Detective Michael Bennett and Private novels - and he has written many other number one bestsellers including romance novels and stand-alone thrillers. James is passionate about encouraging children to read. Inspired by his own son who was a reluctant reader, he also writes a range of books for young readers including the Middle School, I Funny, Treasure Hunters, House of Robots, Confessions, and Maximum Ride series. James has donated millions in grants to independent bookshops and has been the most borrowed author of adult fiction in UK libraries for the past eleven years in a row. He lives in Florida with his wife and son.

The prolific Patterson and two fine narrators score a bull's-eye with this 17th Alex Cross adventure. Finally, Alex is going to marry Bree, but the wedding is delayed when snipers begin picking off high-profile characters in Washington. While Cross is jousting with FBI agent Max Siegle, his archenemy Kyle Craig has escaped again and is close at hand. The production is first-rate, and the musical background is perfectly placed for emphasis. Praise is due to Jay O. Sanders for his clear, crisp narration and to Andre Braugher for his accents and believable characterizations. Best of all, Patterson's ending suggests possible new beginnings--maybe even a crossover with another of his favorite characters. A.L.H. © AudioFile 2011, Portland, Maine

Shipping: US$ 16.74
From United Kingdom to U.S.A.
Destination, rates & speeds