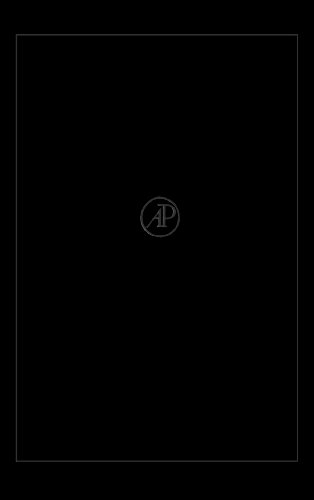 Advances in Quantum Chemistry publishes surveys of current developments in the rapidly developing field of quantum chemistry--a field that falls between the historically established areas of mathematics, physics, chemistry, and biology. With invited reviews written by leading international researchers, each presenting new results, this quality serial provides a single vehicle for following progress in this interdisciplinary area.

Sabin’s research interest is in the theoretical description of the interaction of fast charged baryon projectiles with atomic and molecular targets, both as neutrals and ions. In this work, he uses molecular quantum mechanics to describe such interactions. In particular, he is interested in the mechanism of absorption of the projectile’s mechanical energy by the target, where it is mostly converted to electronic energy, which is measured by the target’s mean excitation energy. He has written some 250 articles in this and related fields.

Erkki Brändas was born in Tampere, Finland in July1940 and was, as a Finnish war child, transported to Sweden in February 1942, finally adopted by his Swedish parents and given Swedish citizenship in 1947. He received his FL (PhD) in 1969 and Doctor of Philosophy (habilitation) in 1972, both at Uppsala University. Except for guest professorships in USA, Germany, Israel, he spent his professional career in Uppsala employed as Assistant- Associate- and Full Professor from 1975 until retirement in 2007. In addition to serving as chairman of the department of Quantum Chemistry, he was appointed Executive Director of the Uppsala Graduate School Advanced Instrumentation and Measurement supervising the doctoral education of 35 PhD’s from 1997-2007. He has served on various international scientific and editorial boards, e.g. Wiley, Elsevier and Springer including the service as Editor-in-Chief for the International Journal of Quantum Chemistry, Series Editor of the Advances in Quantum Chemistry. He is the current President of the International Society for Theoretical Chemical Physics, since 15 years, chairing a variety of international congresses and other numerous meetings, schools and workshops. He has published over 260 articles and edited more than 50 books on fundamental theoretical chemical physics from research on atoms, molecules and solid-state physics to complex enough systems in biology - from the microscopic realm to the cosmological rank.

"Quantum chemistry has emerged as a subject in its own right. The appearance of a review publication which surveys recent achievements in the field is therefore very appropriate and, when it has the quality of this volume, is mostwelcome."
--PROCEEDINGS OF THE PHYSICAL SOCIETY
"The juxtaposition of the oldest of quantum chemical studies, atomic structure, and one of the newest, quantum biology, highlights the importance of quantum theory in modern chemistry. Thus, having first opened the book in search of a particular article,the reader is stimulated to delve into fields of which he has but a superficial knowledge. In this way the book can be instrumental in broadening the interests and background of those who turn to it."
--THE ROYAL INSTITUTE OF CHEMISTRY

Shipping: US$ 9.74
From United Kingdom to U.S.A.
Destination, rates & speeds

Shipping: US$ 34.84
From United Kingdom to U.S.A.
Destination, rates & speeds