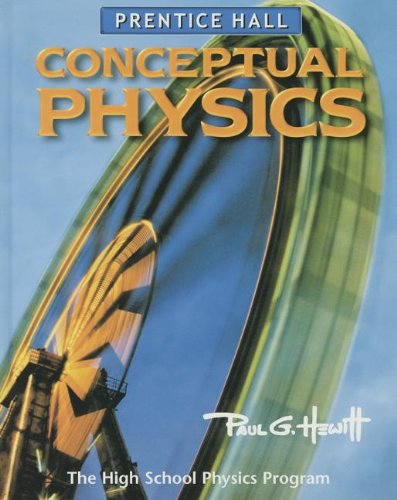 Paul G. Hewitt was a Silver Medallist Flyweight Boxing Champion for New England State at the age of 17. He was then a cartoonist, sign painter, and uranium prospector before beginning his physics studies.

John Suchocki received his Ph.D. in organic chemistry in 1987 from Virginia Commonwealth University, where his research focused on the isolation and characterization of natural products. After a two year post-doc in medicinal chemistry/pharmacology at the Medical College of Virginia, John became a visiting assistant professor of chemistry at the University of Hawaii at Manoa where he began working with his uncle, Paul Hewitt, on "Conceptual Physical Science," After a couple of years at the Manoa campus, John transferred to and eventually received tenure from Leeward Community College, one of the University of Hawaii's community colleges. At Leeward CC, his research efforts turned to chemical education, with particular emphasis on liberal arts chemistry courses and distance learning technology. After a decade in Hawaii, John relocated to Vermont with his wife and three children, where he now teaches liberal arts chemistry at Saint Michael's College. Concurrent to his writingand teaching careers, John is also the writer of "Conceptual Chemistry," now in its Second Edition, and a producer of multimedia content for science education, including his "Conceptual Chemistry Alive!" CD-ROM series. Leslie Hewitt, a former teacher at Westlake Elementary School in Daly City, CA, received her B.A. in Geology from San Francisco State University.