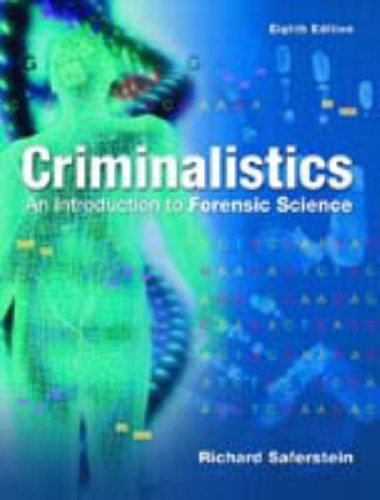 For Introduction to Forensic Science courses offered by Forensic Science or Criminal Justice programs. Written by a renowned authority on forensic science, this text introduces the non-scientific student to the field of forensic science through an exploration of its applications to criminal investigations, and clear explanations of the techniques, abilities and limitations of the modern crime laboratory.

3. CRIMINALISTICS AN INTRODUCTION TO FORENSIC SCIENCE