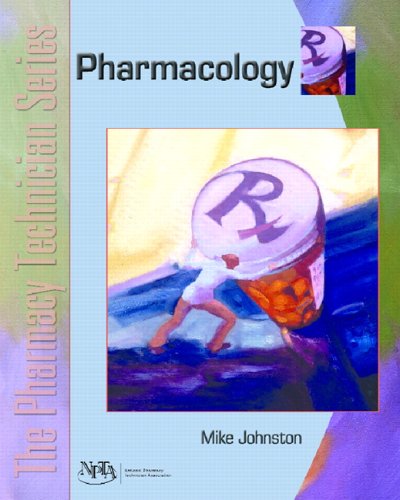 Part of the Prentice Hall Pharmacy Technician Series, Pharmacology is a comprehensive resource exploring the science behind pharmacy. The book covers principles of pharmacology, terms, usage, dosage forms and an in-depth look at every major drug classification. Pharmacy Technician Students and Professionals.

Born in Dartmouth, Nova Scotia, Mike Johnston has had a long and notable career coaching hockey, including coaching and assistant coaching for the Vancouver Canucks in 1999, Canada's National Men's Team, the Canada Selects, Canada's 1998 Winter Olympics team, Canada's junior team, Team Canada at the World Championships from 1995 to 1998 and again in 2007 as well as the University of New Brunswick men's Varsity Reds hockey team, where he was 1994 coach of the year. Mike was an assistant coach with the Los Angeles Kings from 2006 to 2008 and is currently the head coach and general manager of the WHL's Portland Winter Hawks.