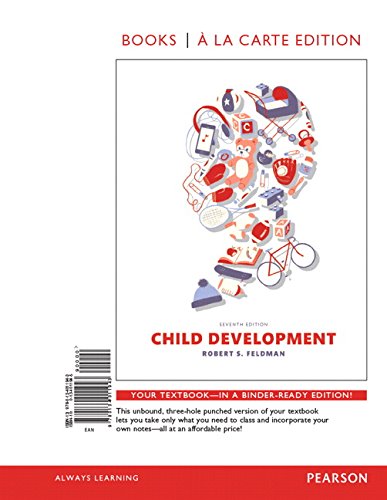 Robert S. Feldman is Professor of Psychological and Brain Sciences and Deputy Chancellor of the University of Massachusetts Amherst. A recipient of the College Distinguished Teacher Award, he teaches classes ranging in size from 10 to nearly 500 students. During the course of more than two decades as a college instructor, he has taught both undergraduate and graduate courses at Mount Holyoke College, Wesleyan University, and Virginia Commonwealth University in addition to the University of Massachusetts Amherst.

A Fellow of both the American Psychological Association and the Association for Psychological Science, Professor Feldman received a B.A. with High Honors from Wesleyan University (and from which he received the Distinguished Alumni Award). He has an MS and Ph.D. from the University of Wisconsin-Madison. He is a winner of a Fulbright Senior Research Scholar and Lecturer award, and he has written more than 200 books, book chapters, and scientific articles. He has edited Development of Nonverbal Behavior in Children (Springer-Verlag) and Applications of Nonverbal Behavioral Theory and Research (Erlbaum), and co-edited Fundamentals of Nonverbal Behavior (Cambridge University Press). He is also author of Development Across the Life Span, Understanding Psychology, and P.O.W.E.R. Learning: Strategies for Success in College and Life. His books have been translated into many languages, including Spanish, French, Portuguese, Dutch, Chinese, Korean, German, Arabic, Tagalog, and Japanese, and more than 2.5 million students have used his textbooks.

Professor Feldman’s research interests include honesty and deception in everyday life, work that he described in The Liar in Your Life, a trade book published in 2009. His research has been supported by grants from the National Institute of Mental Health and the National Institute on Disabilities and Rehabilitation Research.  He is also president of the Federation of Associations in the Behavioral and Brain Sciences Foundation, an organization that promotes the social sciences, and a member of the board of New England Public Radio.

Professor Feldman loves music, is an enthusiastic pianist, and enjoys cooking and traveling. He has three children and two young grandsons. He and his wife, a psychologist, live in western Massachusetts in a home overlooking the Holyoke Mountain Range.