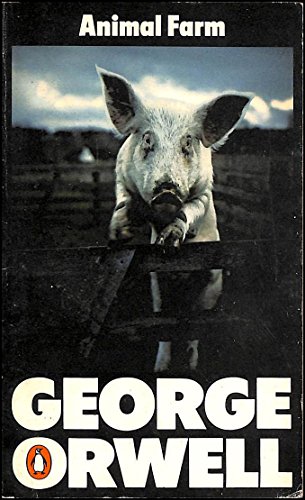 A stunning hardback edition of the classic novel.

Animal Farm is one of the most famous warnings ever written. Orwell's immortal satire — 'against Stalin' as he wrote to his French translator — can be read on many levels. With its piercing clarity and deceptively simple style it is no surprise that this novel is required reading for schoolchildren and politicians alike. This fable of the steadfast horses Boxer and Clover, the opportunistic pigs Snowball and Napoleon, and the deafening choir of sheep remains an unparalleled masterpiece.

One reviewer wrote "In a hundred years' time perhaps Animal Farm... may simply be a fairy story: today it is a fairy story with a good deal of point." Over sixty years on in the age of spin, it is more relevant than ever.

Rejected by such eminent publishing figures as Victor Gollancz, Jonathan Cape and T.S. Eliot, Animal Farm was published to great acclaim by Martin Secker and Warburg on August 17, 1945 in an edition of 4500 copies. In the centenary year of Martin Secker, Ltd., Harvill Secker is proud to publish this special edition with a new introduction.

A farm is taken over by its overworked, mistreated animals. With flaming idealism and stirring slogans, they embark on the creation of a paradise of progress, justice, and equality. Thus the stage is set for one of the most telling satiric fables ever penned -- a razor-edged fairy tale for grown-ups that records the evolution from revolution against tyranny to a totalitarianism just as terrible. When Animal Farm was first published fifty years ago, Stalinist Russia was seen as its target. Today it is devastatingly clear that wherever and whenever freedom is attacked, under whatever banner; the cutting clarity and savage comedy of George Orwell's masterpiece have a meaning and message still ferociously fresh.