Items related to The Log from the Sea of Cortez by Steinbeck, John,... 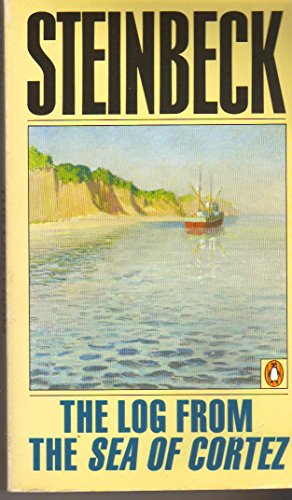 This exciting day-by-day account of Steinbeck's trip to the Gulf of California with biologist Ed Ricketts, drawn from the longer Sea of Cortez, is a wonderful combination of science, philosophy, and high-spirited adventure.

Early in the 1940s, Steinbeck became a filmmaker with The Forgotten Village (1941) and a serious student of marine biology with Sea of Cortez (1941). He devoted his services to the war, writing Bombs Away (1942) and the controversial play-novelette The Moon is Down (1942).Cannery Row (1945), The Wayward Bus (1948), another experimental drama, Burning Bright(1950), and The Log from the Sea of Cortez (1951) preceded publication of the monumental East of Eden (1952), an ambitious saga of the Salinas Valley and his own family’s history.

The last decades of his life were spent in New York City and Sag Harbor with his third wife, with whom he traveled widely. Later books include Sweet Thursday (1954), The Short Reign of Pippin IV: A Fabrication (1957), Once There Was a War (1958), The Winter of Our Discontent (1961),Travels with Charley in Search of America (1962), America and Americans (1966), and the posthumously published Journal of a Novel: The East of Eden Letters (1969), Viva Zapata!(1975), The Acts of King Arthur and His Noble Knights (1976), and Working Days: The Journals of The Grapes of Wrath (1989).